I'm confused at how Venom and Spiderman are going to come together in one film without it being totally lame. 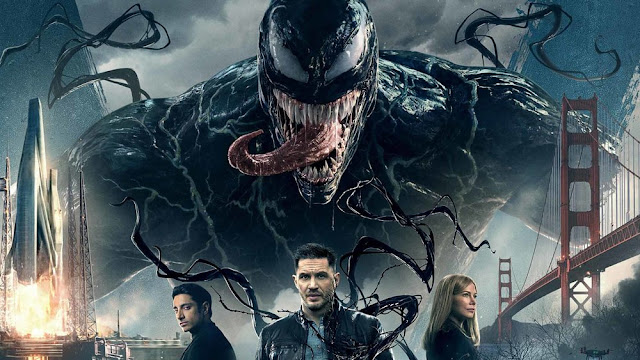 The big news that happened this last weekend within the realm of "speculative fiction that I pay attention to" was that Venom in the Let There Be Carnage movie is now in the same universe as Tom Holland's Peter Parker. I suppose that this is nice, since I'm a fan of Tom Holland's take on Peter Parker, and I've expressed as much on my blog in a different post.

However, I don't think that Venom and Tom Holland's Peter Parker, at least as they've set it up in the latest Sony movies, make much sense at all. Like...how do these two get together in the same movie? Allow me to explain.

Sony's Picture's latest incarnation of Venom (it was done previously about twenty years ago in the movie Spiderman 3 starring Tobey Maguire) is much less of a villain and more the antihero. So that's the first problem with this. Is there a Mysterio link then? Is Venom going to be mad at Peter Parker for having killed Mysterio based on what J. Jonah Jamison had to say at the end of Spiderman: Far from Home? As far as I know, the whole appeal of the animosity between Venom and Spiderman is that Venom's entire existence (from conception) was intended to be revenge at Peter for abandoning the symbiote suit. In other words, the symbiote was a spurned lover, rebounding with Eddie Brock, and amplifying his hatred for Peter out of nothing but pure spite. But now, is Sony just going to say that Venom wants to beat up Spiderman for killing Mysterio...a supposedly good guy? I think that's weaksauce to be sure.

Or maybe I've got it wrong. Maybe Sony is going to do a reverse plot on this whole thing. That is, the symbiote could leave Eddie for Tom Holland's Peter Parker...and then realize that Eddie was his true partner. And it was vice-versa in the real comic book story. This sounds slightly better, but I think I'd still like to see the original storyline that appeared in the comic books. Only, they can't do that now because they've chosen to go this entirely weird and different route with Venom as a character.

Do any of you reading these words have any theories as to how they are going to bring Venom and Tom Holland's Spiderman together in one film and have it be good? Like...how is this going to go down exactly?

Email ThisBlogThis!Share to TwitterShare to FacebookShare to Pinterest
Labels: I'm confused at how Venom and Spiderman are going to come together in one film without it being totally lame, Spiderman, Venom