The Outsider is so intense that I can only watch half of an episode before I have to switch to something else for a while. 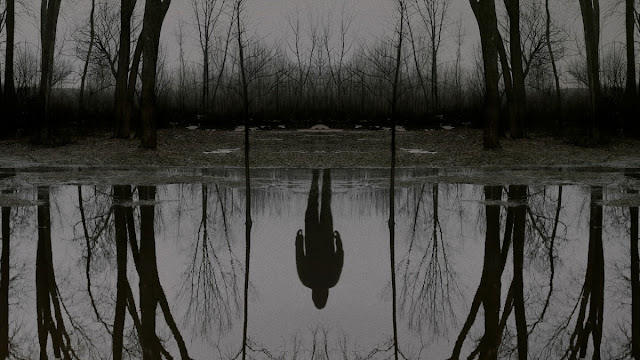 I started watching The Outsider on HBO. I've purposely not researched it on the internet, because the first episode was so gripping that I had to stop it about halfway through and watch something else. Call me a wuss when it comes to scary stuff, but this kind of story occupies my thoughts long after I stop watching it. So when it gets to intense, I press pause, then exit, and watch something else to kind of decompress. Then after a while...I go back to it.

The show accomplishes this by masterfully building up the tension, hitting all of those "there is something very strange going on here" buttons that kind of skillfully gaslights the audience into believing that one reality is the obvious reality...but then the show provides you just enough details for you to notice the cracks in that reality. After a while you start doubting yourself as things don't make sense and the likely explanation seems impossible. The Outsider takes itself seriously with every event unfolding and firmly planted in a modern America reality of 2019. The plot thus far is pretty simple. There is an eleven-year-old boy who was brutally murdered (this is about the only time there is real gore). As a side note, it does make me wonder why Stephen King likes to murder little boys. After all, It Part One has lots of boys getting murdered, and so does Doctor Sleep. I've noticed the trend in "King" books. If the character is an underaged boy, then it's the same as wearing a "red shirt" in 60's Star Trek. But the author has a lot of practice killing and brutalizing this kind of character. So it's always done masterfully and really exploits my "horror" reflex well.

I want to continue watching The Outsider, but I find myself kind of being anxious to start the next episode because it so fully pulls me into the story. I suppose that this is the kind of thing that the creators of the show wanted to do.

Is anyone else watching The Outsider? If so, what do you think of it?

Posted by Michael Offutt, Phantom Reader at 12:26 AM

Email ThisBlogThis!Share to TwitterShare to FacebookShare to Pinterest
Labels: The Outsider HBO, The Outsider is so intense that I can only watch half of an episode before I have to switch to something else for a while