Will Disney use the powers of the Reality Stone to remake the MCU to introduce the X-Men and mutants? 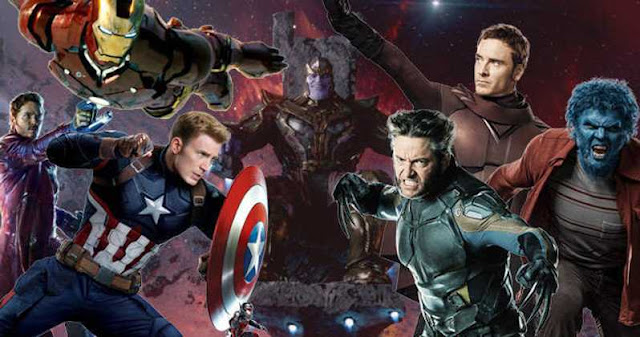 The second full length Avengers: Endgame trailer dropped this week, and I had a thought that was along the lines of: Where does Marvel go from here? only I combined it with the real world knowledge that Disney has now acquired the X-Men and the Fantastic Four and Deadpool when they bought them from Fox Studios for a pretty penny.

So here's my thought: Is the Reality Stone going to remake the universe in a kind of reboot? Allow me to explain before you decry the cheesiness of this idea. It seems to be the only way I can think of to preserve continuity and introduce mutants. The MCU hasn't been able to talk about mutants at all up to this point, because they haven't had the rights to do so. Instead, they've used the Inhumans, which really isn't the same thing, and their first outing with the Inhumans was pretty much a disaster. Put another way, I've never seen a flop like the Inhumans was come out of the Disney-controlled Marvel studios. It was like they had no idea how to handle them at all.

I would be remiss in my duties if I didn't point out that the MCU has also explored the Inhumans to a greater extent through the ongoing Agents of S.H.I.E.L.D. series (its final season will be airing soon), but it still hasn't been all that compelling (even though I've found it more interesting than say The Gifted or some of the other Marvel series that have been showcased on Netflix). The reason behind my lackluster interest in these stories is that I'm tired of mutants feeling oppressed by humans and there just being plot after plot of humans abusing mutants and then mutants turning around and doing the same. It's like beating a dead horse. That being said I also don't like it when shows are canceled as it just seems to be pointless to watch what remnants there are that have been uploaded for your viewing pleasure. So, I haven't even bothered to watch the second seasons of Jessica Jones, Luke Cage, and Iron Fist. It all just seems to be a waste of time, which I can devote to series that are invested in storylines that won't be canceled prematurely: think Star Wars: Resistance.

So back to my little theory: The Reality Stone, as you may know, is one of the six Infinity Stones. From what I can gather, it is a remnant of a singularity that predates the universe, and it can basically alter reality itself on a grand scale. Thanos demonstrates some of its power in Infinity War both to show Tony Stark what Titan used to look like and to make Drax and Mantis into slinkies. Anyway, all that mumbo jumbo aside, I think it has the power to alter reality so that the X-Men and Mutants can be a part of the MCU. That seems like an easy fix, right? And it's a great way to reboot all the X-Men storylines that Fox has been unable to accomplish. For example, this new Dark Phoenix movie that Fox is advertising looks absolutely terrible. Dark Phoenix was a villain on the same scale as Thanos, and her lifting up trains and stopping bullets is just stupid. This was a villain that ate entire suns to fuel her powers.

So what do you think? Could the Reality Stone remake the universe to allow the X-Men, the Fantastic Four, and Deadpool to suddenly be a thing in the MCU? Do you think Disney would do that?
Posted by Michael Offutt, Phantom Reader at 12:08 AM

Email ThisBlogThis!Share to TwitterShare to FacebookShare to Pinterest
Labels: Marvel, Will Disney use the powers of the Reality Stone to remake the MCU to introduce the X-Men and mutants, X-Men