Star Wars Galaxy's Edge sounds incredibly cool and is probably the closest thing we'll ever get to an actual Westworld.

I saw on io9 today (link HERE) that some of their staffers got an early look at the huge renovation going on at Disneyland in Anaheim, California. In case you didn't know, Disney is building a Star Wars theme park there with a highly detailed Millennium Falcon that you can walk in and interact with as a group.

It looks and sounds incredibly cool, although I doubt I will ever go and visit it (but one never knows). Most of these things sound like you'd get the best enjoyment from them by having lots of kids around. You get to build lightsabers, go into shops that sell Star Wars themed items made to look like they are from around the galaxy, and pilot the Millennium Falcon with up to five others. It sounds incredible for a family of six (four kids and two adults). Not so much for a single guy like me who would get lumped in with a bunch of people I don't know. But yeah...in another lifetime...this sounds like tons of fun. Take a look at some of this concept art: 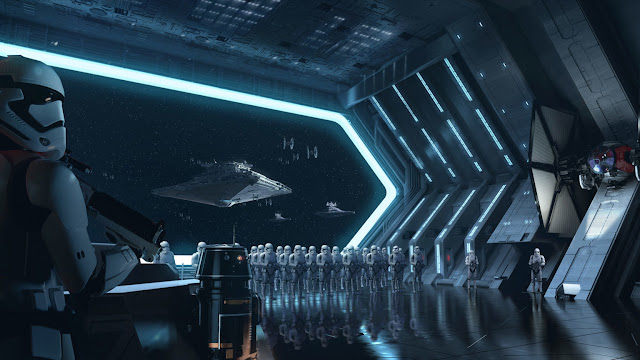 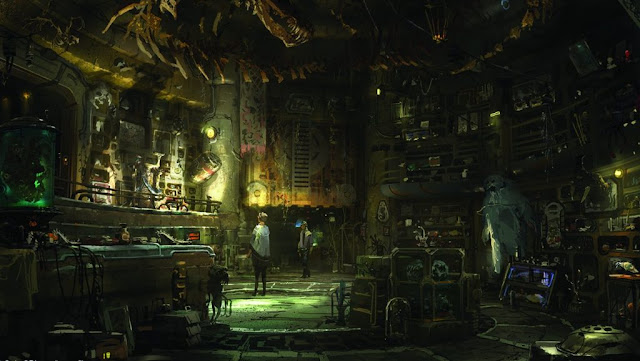 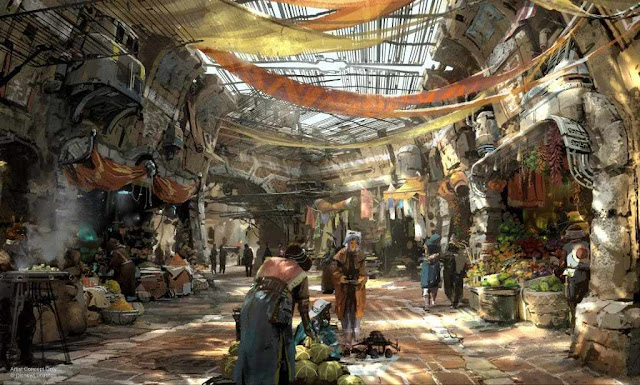 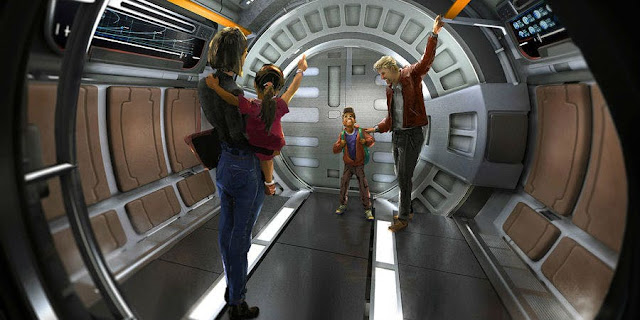 In order starting with the first pic you've got the ride "Rise of the Resistance," which will take you inside a First Order "capital class" ship where you see holograms of the major cast characters taking you through a ride where you race across the deck and past actual sized AT-AT's and Tie Fighters to escape. Then you have the Den of Antiquities where I think you'll be able to purchase all sorts of "rare" and "pricey" items from around the galaxy (and it will look like the picture). Then there's the "marketplace" and the "Smuggler's Run," which takes you on board the Millennium Falcon. And you can eat in the Mos Eisley Cantina as well. Those are the things that really stood out from looking at pages of the concept art on google image search.

It honestly sounds like a place you could lose a lot of time in...perhaps an entire week. Maybe at that pace, the grueling lines for it wouldn't be so bad.
Posted by Michael Offutt, Phantom Reader at 7:29 AM