I think my Nest thermostat just saved me a bunch of money and inconvenience this weekend. 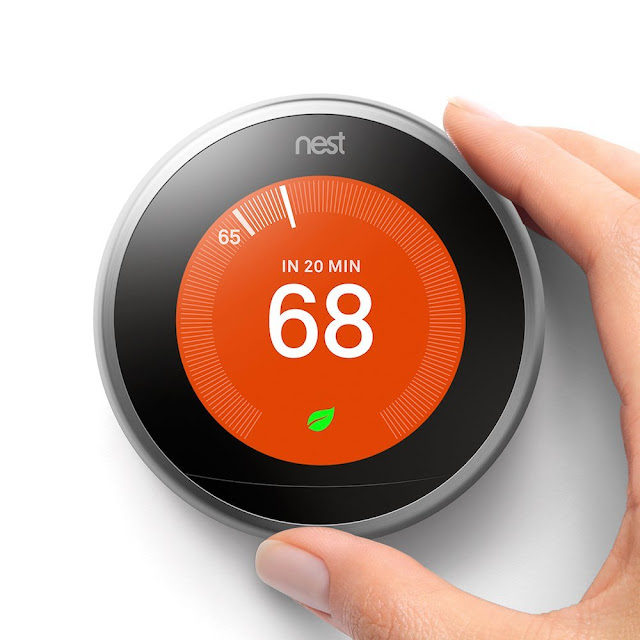 Last year when I bought my house, one of the smarter decisions I made at the time was to buy a Nest brand smart home thermostat. Not only did I get pretty much the entirety of the cost back from Rocky Mountain Power through a rebate program (which I diligently filled in and followed up on), but the thermostat probably saved me the price of a new furnace by telling me I had a clogged air filter. How cool is that?

Here's the situation: Last month I'd changed the air filter in my furnace with one that had a really high Merv rating, because I have lots of allergies and I assumed that this would keep the air super clean (which it did). I buy the 4-inch thick filters instead of the 1-inch ones so that they last about five months before I need to change them again. This was the first time I'd bought an "allergen" filter and stuck it in there.

Well Friday night, I got a message from Nest on my iPhone saying that my thermostat was detecting that the furnace was really struggling. It said that it could only stay on for six minutes at a time before overheating and shutting down. The suggestion was to replace the air filter. At first, I didn't believe it so I went to the thermostat and had it run a diagnostic test (which is a thing that the Nest thermostat can do). The reason I was in disbelief was because the filter was only a little over a month old. It wasn't time to change it out. The test came back that there was definitely a problem with the air flow and the furnace was shutting down/struggling to produce heat.

So, I had two of the old brand of filters that had never caused me any problems sitting in shrink wrap. I went and replaced the filter, threw the allergen one in the garbage, and then I reran the test. The Nest confirmed that everything was checking out perfect and that the furnace was no longer struggling.

This was the first time that I'd seen the power of one of these Smart Home devices, which I had just taken for granted up until now as being "kind of neat." From everything that I understand of furnaces, if I had been oblivious to the fact that my furnace was struggling and just allowed it to go on and on like it was, dealing with the allergen filter which was restricting air flow over the coils, I could have burned out my furnace costing me a lot of money and inconvenience down the road.

So yeah, I was pretty impressed by it and thought I'd tell you all about it.
Posted by Michael Offutt, Phantom Reader at 7:39 AM

Email ThisBlogThis!Share to TwitterShare to FacebookShare to Pinterest
Labels: I think my Nest thermostat just saved me a bunch of money and inconvenience this weekend, Nest thermostat