Does Thor feel out of place in the Marvel movies? 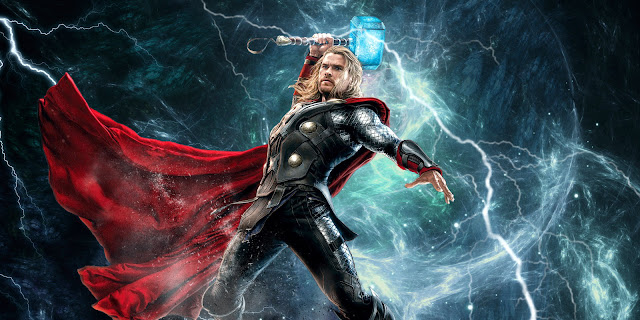 This weekend I watched Captain America: Civil War like many other Americans. Afterwards, my friends and I had a discussion about what was good and bad, and my friend Brad pointed out that he enjoyed it much more than he did the Avengers films primarily because Thor wasn't around. Wanting to know more, he basically said that his brain has a hard time reconciling Thor as a character with the other Avengers because they have such different backgrounds.

Practically everyone else in the Avengers comes from some kind of scientific background. Captain America comes from a super soldier serum. Iron Man gets his powers from a suit. Black Widow is a trained agent and the Hulk comes from a gamma ray experiment gone bad. And then you've got these "gods" which are basically mythologicals inserted into all of this, and he doesn't like it. It's kind of like guns and laser cannons being inserted into a Dungeons & Dragons game...one of these things is not like the other.

So it made me wonder: does Thor feel out of place in the Marvel movies? I'd be curious to know your opinion on this?
Posted by Michael Offutt, Phantom Reader at 3:03 AM

Email ThisBlogThis!Share to TwitterShare to FacebookShare to Pinterest
Labels: Does Thor feel out of place in the Marvel movies, Thor