Gal Godot's Wonder Woman has stirred up five different controversies and a movie isn't even out yet.

I'm really excited for Batman vs. Superman this March (March 25th to be exact), and I think most of that stems from the fact that I'm really looking forward to Wonder Woman. But do you know the controversies?

1) People have complained that the actress playing Wonder Woman (Gal Godot) is too thin and that her arms don't have muscle. Hmm. I beg to differ on this one as artists over the years have shown that she's not really this super-built, muscular woman. I mean, this is how she looks like in the comic books: 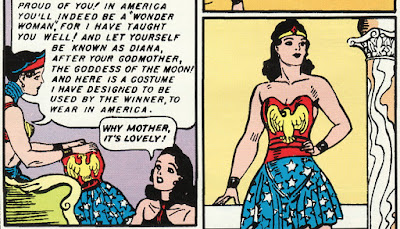 And then compare/contrast this with Gal Godot as Wonder Woman... 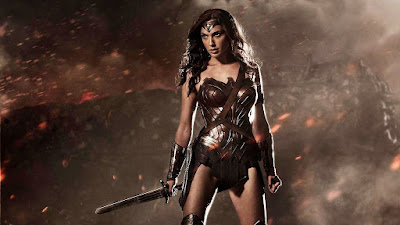 I think she looks pretty accurate to the one pictured in the comic. Although Linda Carter made an amazing Wonder Woman, she may (in fact) have been a little more curvy than the Wonder Woman in the comic books.

2)  When Wonder Woman gets her own movie, it will be set in World War I and not World War II. Everyone knows Wonder Woman rescues Steve Trevor and fights the Nazis! Eh, I think exploring World War I affords many opportunities not fully explored in film (especially given that the bulk of Wonder Woman seen on tv was from a seventies series, part of which explored World War 2 and then part of which continued in modern times with Wonder Woman driving a Mercedes). World War I was born out of intolerance, greed, and colonial expansion. It will just be a world of men being awful to each other in general, instead of the Axis fighting the Allies in a contest of pretty much "clear cut" good and evil. And World War 2 has been done to death. World War 1 just sounds so much fresher in context with good storytelling.

3) Wonder Woman may have a pet tiger than she can talk to (and can communicate like a person).  When this rumor broke, so many people were outraged by it. But honestly, what's wrong with having an animal on screen that can talk? This is a movie with superheroes? She's a comic book character that has a major villain called Cheetah. Why is a talking cat such a big deal as long as it looks great on film? People are so silly.

4) Wonder Woman's costume. Apparently people are kinda/sorta torn over the whole sword thing and they're also upset over the wedge heels. In other words, wedge heels are inappropriate for a person to fight crime while wearing. I dunno, they look okay to me. And let's not forget that she's got gifts from the Greek gods. 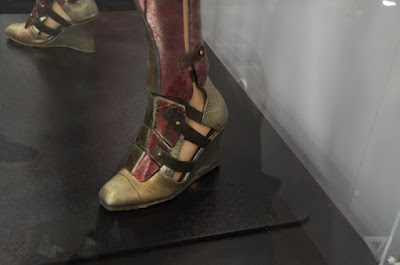 5) Wonder Woman is 5,000 years old, basically retired, and very jaded about mankind. So yeah, this broke this weekend, and I'm not sure how I feel about this latest revelation. But really old characters can be a lot of fun because they know so much. It also will make it so that she's not some innocent lass when it comes to dealing with the patriarchies in the world. I think it is a fresh take on the mythology of the character and enriches her for future stories.

So what do you think? Do people just like to bitch about Wonder Woman, or is this whole thing going to be a disaster?
Posted by Michael Offutt, Phantom Reader at 12:05 AM

Email ThisBlogThis!Share to TwitterShare to FacebookShare to Pinterest
Labels: Gal Godot's Wonder Woman has stirred up five different controversies and a movie isn't even out yet, Wonder Woman