Berke Breathed's vision of the Grinch looked so much better than what we got with Ron Howard. 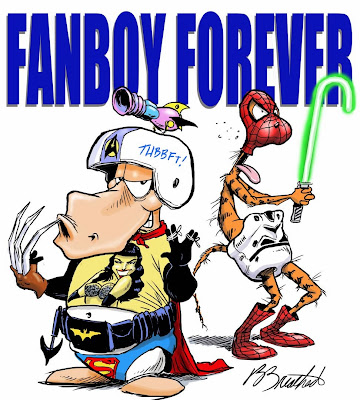 Now that Christmas is over, I of course stumble across a Christmas topic that piques my interest and makes me a little sad.

You see, Dr. Seuss's widow, Audrey Geisel, decided to choose Ron Howard's vision of How the Grinch Stole Christmas (ala Jim Carrey) over Berkeley Breathed's vision of it (as revealed in his concept art). I just can't see how she thought the Jim Carrey version would be better.

For those of you who don't know, Berkeley Breathed was the comic artist who gave us Bloom County. Sure there was Outland that started up after the very popular Bloom County ended. But I liked loved Bloom County. Outland just didn't have the same feel.

I know Mr. Breathed felt that he needed to end Bloom County because he didn't want it to become...well...Garfield. And for those of you who still like Garfield, I guess I'm sorry (not really), because I think Garfield stopped being funny twenty years ago. Seriously, Garfield needs to die.

I still have a cut-out of "Bill the Cat" at work tacked to my wall board. It's a before and after thing meaning "before work" and "after work." The "Before" picture is one of "Garfield" and the "After" is Bill the Cat (used to illustrate how I feel after a long day's work). If you aren't familiar with "Bill the Cat" I seriously recommend picking up Bloom County Babylon. That book had me in hysteric fits because it was so funny. However, part of what made Berke Breathed so laughable was his ability to play off of political headlines and other important things present in pop culture (like Michael Jackson). So its "time" may have passed as (I think) a good joke has to strike a nerve with its audience, and a conditon for this is that they must be "in the know" before a joke can land properly.

Anyway, take a look at this concept art. Hopefully you are as sad as me that this didn't get made. *Shakes fist at Hollywood. Oh and the voice of the Grinch would have been none other than Jack Nicholson. That's a way better choice than Jim Carrey on any day that ends in a "y."

Posted by Michael Offutt, Phantom Reader at 6:53 AM

Email ThisBlogThis!Share to TwitterShare to FacebookShare to Pinterest
Labels: Berke Breathed's vision of the Grinch looked so much better than what we got with Ron Howard, Berkeley Breathed, Bloom County, How the Grinch Stole Christmas