If you are a writer of fight scenes, I urge you to watch this very short clip of Uriah Hall knocking out Adam Cella in a recent MMA fight.
All too often, we see in movies some completely unrealistic fights. Heroes and villains both take an unbelievable amount of damage. This finds it's way into our stories too. I for one, try to limit my fights and keep them short, because I think that fights end rather quickly most of the time. But I'd never seen anything like this.

For those of you unfamiliar with The Ultimate Fighter, it's a reality t.v. show that follows the lives of men who are aspiring to the fame and glory of a champion. And as you can see, they really do put their lives on the line. This video is pretty scary and Uriah Hall has said that he was frightened, thinking he'd killed his opponent. From everything I've read, Uriah Hall sounds like a nice guy. He just wants to win, but he grossly underestimates his abilities. I've no doubt he'll go far in this sport. 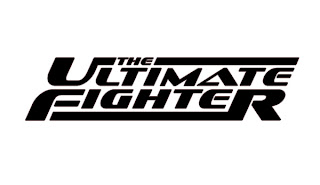 It took Adam Cella six minutes to come out of the knock out that Uriah Hall delivered to him with one kick. You can see his eyes are glazed (that's not fake) and he's literally in a seizure. Ten minutes after he came out of it, they rushed him to the hospital. He's alive and is expected to fight again in Vegas soon. I think that's remarkable. If Adam were my son, I'd be scared to death for him, get on the phone, and tell him he needs to find another line of work. It's interesting that parents let their boys grow up to do this stuff. I guess I should be thankful, because I get to see the battles and am entertained. But, I think I'd feel differently if I had an emotional attachment to one of these guys.

The Uriah Hall knockout is a reminder to all writers to keep fight scenes brief but powerful.

Now that being said, here is my pick for the five best fight scenes in film history:

5. Rowdy Roddy Piper in "They Live." At the time, it was billed as the longest fight ever filmed. And to think, Roddy just wanted the guy to try on some glasses.
4. Qui-Gon Jinn and Obi-Wan Kenobi from the "Phantom Menace" trying to take on Darth Maul. This fight sent shivers up my spine. Especially toward the end where Ewan McGregor is taking on Darth Maul all by himself and is just about outmatched.
3. This is Jason Scott Lee playing Bruce Lee in the film adaptation of Bruce Lee's life called "Dragon: The Bruce Lee story." the reason I pick this fight as number 3 is because of the remarkable choreography involved just to bring such a legendary bout to life (that supposedly really happened) when Bruce Lee refused to obey the Chinese and restrict the teaching of Kung Fu from Americans. He wanted to "Teach what I want to teach to whomever wants to listen."
2. Vin Diesel and The Rock in the movie "Fast Five." The sheer amount of muscle these guys are packin' puts this fight in my top 2 of my favorite ones to watch. And it's so over the top that there's just no way any person could survive blows like they are throwing. However, it's damn good entertainment.
1. The temple fight scene from "Crouching Tiger, Hidden Dragon." This is my all-time favorite fight ever. If you've never seen it, I urge you to watch. The mastery of martial arts weapons is bar-none, simply incredible.  Ziyi Zhang is cheating somewhat with a magic sword, but Michelle Yeoh is a grand master with tremendous skill, and it more than makes up for the difference.
Are you a fan of mixed martial arts? Do you like watching real-life fights and see young men battle it out with such brutality that they could kill each other?

How do you feel about the MMA video and do you think it will change how you write a fight scene?