One man's journey down the path of atheism, part 2

Last week, Mr. James Salmonsen spoke of the first part of his journey down the path of atheism. You can find that post HERE.  Now he is ready to talk about part 2 of his journey.

Greetings readers. In my previous article, I told of my first steps toward anti-theism. I left off as I went into college where I identified myself as “spiritual” instead of “religious”.

The next leg of my journey took me a few years of school and study. I had left the LDS church, although I still found myself defending it from some truly IGNORANT people. When I say ignorant, I don't just mean they “just didn't know”. I mean they had a few scoops of dipshit in them too. I had one guy ask me if it were true that when Mormons were married in the temple, doesn't the guy performing the ceremony get to have sex with the woman first? 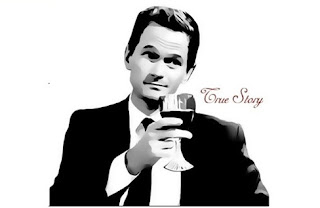 During this time, I took my first astronomy class. (That's the one without the horoscopes). This was the first time I realized exactly how BIG the universe was.

Big is such an inadequate adjective. We do not have a word that can describe how large the universe is, because with our limited human minds, we cannot even CONCEIVE of how large it is. I could throw a number at you – 28 billion light years in diameter – 300 sextillion stars – a large factor of that number in planets and moons. All of this is irrelevant, because humans are not capable of visualizing such space. And this, my fellow insignificant specks – is just what we can see with our most advanced technology. It is possible there is more. There has been speculation (no proof) of layer upon layer of alternate dimensions. What if our universe is to the whole of reality as a single galaxy is to our known universe? No proof as of yet, but an interesting thought. Suffice to say, what we DO know of the universe is quite enough for my point.

Before you go catatonic thinking of that, I'm going to go into reverse. The same concept of infinite outward space going the other direction. The SMALLEST thing visible to the naked eye is just the start of what we have learned about the (lets call it) microverse. Things we can can only see with an optical microscope are huge compared to things we can see with an electron microscope. We can drill down further to protons and neutrons and make accurate hypothesis toward their nature. And, we have hypothesized things even smaller. But, you get the idea. The normal human brain cannot conceive of these things.

Next, we can talk about other forces. Gravity: force so strong that light can't escape. Temperature: 15 million (estimated) kelvin in the heart of our teeney weeney star we call Sol. (100 degrees Celsius = 373.15 kelvin) Mass: Stars so great they almost equal the diameter of our entire puny solar system. Time: Billions of years (estimated) from the birth of this universe until now. With the possibility that we are simply in a cycle of expansion and contraction of our universe that has been going on infinitely.

Please click HERE for a nifty animation demonstrating size. Don't play with this while under the influence of hallucinogens.

I remember explaining this idea to my LDS mother during a visit home from college. This was the same trip where she asked me if my girlfriend thought I was a virgin, and I burst out laughing. (Mother had some revelations that day.)

The sum of all human knowledge in reality is small. It is fragile. It is incomplete. Much of it may be wrong. We have expanded that knowledge and applied it in ways that would have been inconceivable to people even 200 years ago.
Do not tell me that being an atheist means I do not believe in something bigger than myself, or that the world holds no joy or wonder.

At this point in my life, I could no longer believe in a higher power. I was no longer “spiritual” in the sense that I believed in some entity out there watching over us. It makes no sense that an entity so powerful - so impossibly unknowable – cared if any of the billions of human beings:


At this point in my life, I was agnostic. But, I still had a way to go.

Thanks for reading.
Posted by Michael Offutt, Phantom Reader at 12:16 AM

Email ThisBlogThis!Share to TwitterShare to FacebookShare to Pinterest
Labels: Anti-theism, Atheism, Barney from How I Met Your Mother, James Salmonsen, True Story