One man's journey down the path of atheism

Today, I am having a guest post written by my best friend, James Salmonsen. I have known James almost twenty years, and he is a very intelligent, articulate man. He wants to talk about his atheism. But I do want to tell you that James has many facets. Another of them is his cooking which is as good or better than Rachael Ray.

James does not mean to offend with this post (he can be snarky). Merely he seeks to explain his beliefs and the events that occurred in his life that made him believe that there is no God. If you are interested in one man's journey down the path of atheism, please read on and comment below:


* * *
Greetings readers.  My name is James and I am proud to say that I am the source of some inspiration for Mike.  For those of you who have read Mike's blog for some time, you will have undoubtedly read something posted by Mike that we have talked about and it subsequently became a blog post.  Mike is one of the three roots in my life, and he has asked me to guest blog occasionally.  “Go off on an atheist rant” I think were his exact words.  I may guest-blog about other things in the future, but for now.....I shall rant.


To start, I would like to tell the story of my path to anti-theist. 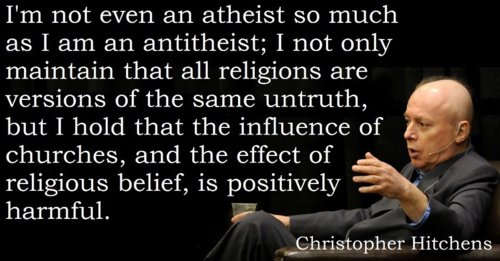 All people on earth are born not knowing and therefore not believing in Gods.  The random chance of what family one is born into usually determines which religion one believes in – if any.  My random chance placed me into an LDS family living in Montana.  I was made to go to church on Sundays, I went to seminary before school and attended different LDS functions up into high school. 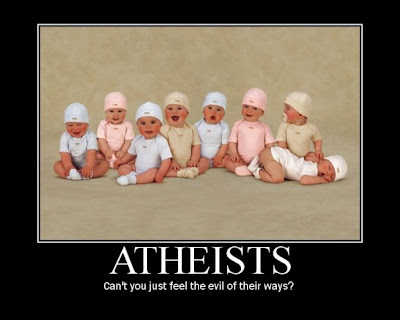 As a Mormon, I grew up knowing that other religions in the US viewed my religion as a cult.  I knew from my study of the Bible and the BoM, that Mormons believed everything that most Christians in America believed in, plus a little bit more.  I remember often wondering why these sweaty evangelical preachers on Sunday TV were so full of hatred towards us when we were so similar.  This thought in retrospect was the first yellow brick down the road to anti-theism.

I do clearly remember when I started to lose faith in my religion.  It was because of Jim Bakker and Jimmy Swaggart.  Younger readers will not know those names - but fortunate you! - there is Wikipedia.  Go ahead.  Look them up.  Also – here is a picture of that toxic, crypt keeper look-alike Tammy Faye Bakker (wife of Jim) for your viewing pleasure while we wait. 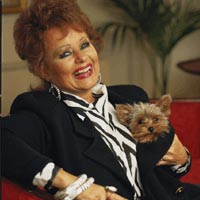 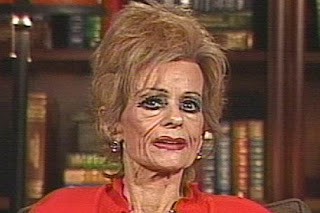 I believe it is quite possible she contracted cancer from all the make-up she wore.

Jim Bakker and Jimmy Swaggart are the #1 and #2 reasons why I left the LDS church.  It certainly wasn't because they had any relevant arguments against the LDS faith.  It wasn't due to fear of their version of the all-mighty sky-father sending me to eternal torment.  It's because both of these religious leaders at the time were caught in sex scandals and Bakker was caught embezzling MILLIONS as well!

At first, my mind said, “HA!  Take that you hypocritical twats!  You are on TV ranting about the immorality of MY religion, and you are out committing adultery, stealing and lying?  You are the leaders of your churches and you're just a couple of con men!  Mormons believe in the same things you do, and you're supposed to tell us how God wants us to behave?  How dare you try and instruct anyone on how to live right!  Hey.  Wait.  We believe in the same things you do......Hold on just a minute...rewind.”

Before that time, I was too young to realize something.  We are all just people.  All of us.  Preachers and Bishops and Elders aren't special.  They have no special knowledge.  I saw these two con men fall, and that made me look at my own church's leaders.  They were just people too!  Once I realized this fundamental (pun intended) truth, I stopped taking their word as authority and started looking at the ideas they were teaching me instead.  The more I looked, the less I believed, because it simply didn't make sense.  It looked more and more like fairy tales, mythology and fantasy writing.  I started THINKING CRITICALLY – and knowledge is the death of faith.

From this time into my early college years, I had officially in my mind left the LDS church.  I identified myself as “spiritual” and not “religious”.

The next breakthrough concept I had, cured me of that “spiritual” phase.... and will be the subject of my next guest-blog.