I Heart Google Earth & the iPad

I have to say that the iPad is one of the best inventions and investments a writer could make. The applications allow you to proofread your manuscript in one hand as a .pdf file and you can make edits by just tapping the screen and highlighting the text or scribbling a note down for yourself. Additionally, there is the powerful application called Google Earth. 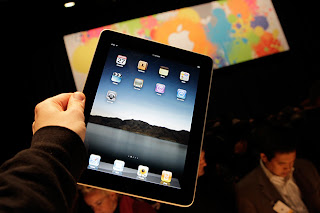 Do people actually use Google Earth?  Well, writers should if they are describing any kind of action in a place that is unknown to them.  Some authors can get away with not knowing (Stephanie Meyer is an example as she had no clue what Forks looked like but decided to write about it anyway).  I'd have issues with this if it were my text but I don't think fact-checking is the kind of thing romance writers worry about anyway.

You may have some familiarity with this already, having used it somewhat to spy on your own house. However, its power and gift to a writer go far beyond that. I used it to do a street-by-street description of a chase through St. Louis all the way to the Millennium Hotel (which I've never seen in real life). Admittedly, my work with it has mostly been removed from my final manuscript but it was still great practice.  And it came in really handy when I wanted to spy on Cornell's campus and learn all about where the Arts Quad lay in respect to the libraries, McGraw Tower (site of the great pumpkin caper), and where the synchotron was in respect to Lynah rink.

Furthermore, the Google Earth application allows you to zoom in on buildings to see cars or landmarks, it labels those landmarks and the streets, and even gives you links you can touch with your finger that open up a wikipedia article on what your viewing as well as several real life photographs. Wow...what a tool if you are crafting any kind of story. I imagine that it used to cost a lot of money and time for an author to drum up authentic research. This application allows you to stay in the flow of your writing without breaking stride and the details provided allow you to invest into your manuscript a deep level of authenticity.
Posted by Michael Offutt, Phantom Reader at 6:23 PM