We have so much freedom to choose things in the United States that more and more people are failing to launch every single day. 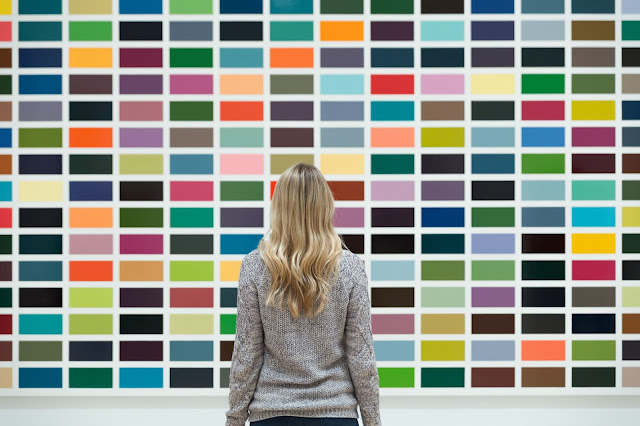 This week on Facebook of all places, I was treated to a meme post about a man who had been in prison for thirty years having to deal with the complexity of modern life. It talked about how he had to acquire computer skills from a helpful person, and then use those computer skills to essentially find a home and work. It was a long and difficult process, because when they went into jail, there really was no such thing as computers. The point of the post was to encourage others to give help when needed, and to illustrate just how much the world has changed in a relatively short amount of time. It also got me to reflect (for a moment) at how difficult it is to actually live in our modern world. It requires above-average intelligence, or (lacking that) it requires you to be rich so that you can hire people with above average intelligence to do things for you. Don't believe me? Here's a short list of what the modern adult is expected to do by themselves (if you cannot afford to hire anyone).

1) To get a place to live, you need to find a place that is vacant. The best places to do this is by going online, which means that you already have to have internet skills, the ability to connect to wi-fi, and the ability to understand how to click on and process computer links. Once you find a place to live, you need to apply, which is usually online. You will probably need references, first and last month's rent, and a deposit. You will probably need to sign a lease, which means you should be familiar with some legalese. You will need to be able to move dollars around, which will mean you need bank accounts of some kind. They will also probably do a credit check in order to obtain "trust" from strangers with regard to the property they are going to lend you to use.

2) You will need to find work. Doing this in the modern world is even worse than finding a place to live. You will have to apply online to a ton of jobs, you will need references, you will need social media networking, and you will need to express yourself on resumes in ways that allow a bot to find keywords so that you can actually catch the notice of a person who is in a hiring position. Once that is done, you may need to interview online, which will require you to be able to use software like Zoom or Google meet and know how to mute and unmute your microphone. It sounds easy to someone that is computer savvy, but it can be daunting to one that has no idea how computers operate.

3) You will need licenses that expire all the time for everything. You know of the driver's license already. But what about a license for your pet, or your credentials (that keep expiring) so that you can work with others. Do you have letters following your last name? As soon as you go through the rigmarole of getting licensed, it seems like you blink twice and its expired and needs to be renewed. Your license plates will need renewal every year. What about safety inspections on your vehicle? You will need to get certificates for those over and over and over. To get your pet washed at PetCo (or other pet groomers) they will need to have their shots. However, it's not just that. You will need to have kept proof of those shots, and have that ready for examination. You will need to register everything with bureaus, and with organizations, and with insurance companies.

4) You will be bombarded by crooks and thieves. In the midst of navigating your hundreds of licenses and certifications in order to have a job, you will receive hundreds of phone calls, text messages, and emails requesting you to supply information or to click on this sketchy link... One false move, and you will have your identity stolen and your credit rating ruined by scammers laughing all the way to the bank about how stupid you were.

5) You will need to monitor your credit rating and your identity online to make sure that no one steals it. This will mean regular checking of suspicious activity that may be reported to one of the three credit bureaus in the United States that keep track of stuff like this.

6) You will be required to come up with hundreds of passwords to make sure that the things that you use are secure. If you forget your passwords, you run the risk of not being able to use or access something important (like checking your accounts for fraud or to move money around). If you put things on autopay, when you have to cancel a credit card because it got stolen, you will need to redo all of the autopays yet again in order to avoid catastrophic failure.

7) You will need to be able to fix things in your home. In many situations of the modern world, lightbulbs have become a thing of the past, replaced by cheaper and supposedly more efficient LED fixtures. This means that if one lightbulb on an LED fixture that holds four burns out, you won't be able to replace it. You either live with the burned out lightbulb, or you replace the entire f*cking fixture (and yes I've done this multiple times).

8) Anything connected to the internet wears out or requires updates. Your routers only last about four years and need to be replaced. The same goes for computers and operating systems. An operating system that doesn't have the latest updates becomes compromised. Your computer can get backed up with hundreds of these updates that never got installed, booting you off Wi-Fi and slowing down your computer as it tries to clear the logjam. You have to constantly update them as they march toward planned obsolescence, which happens quicker than you think. As soon as you buy yourself a gadget or a laptop, you should already be thinking about the cost to replace said gadget or laptop within four years. I was surprised that fridges are so replaceable. They only last a few years now, and they are made to be replaced about once every six or so years (which doesn't seem like that long at all).

9) Everything is made with "some assembly required" in the modern world. If you buy an electronic device to turn your lights on and off, it will probably require a connection to the internet, an app to be downloaded to a smartphone or tablet, and at a minimum an email account. Google products don't play well with Amazon products which don't play well with Facebook products and Microsoft products. So you will want to check compatibility between all of these to make sure that you have the right thing. And that's just electronics. Furniture (for many people) has gotten prohibitively expensive. So you may go and buy some assemble-it-yourself furniture. If you do, know that you are in for a day of work.

10) You will have to file taxes, repeatedly, until the day you die. The merciless toll of years does not care whether or not your mind has aged and you don't remember things as well as you did in your youth (or if you ever did for that matter). If you don't know how to do it yourself, and you aren't computer savvy to do it with software, you'd better be rich enough to hire someone else to do it for you.

11) You will need to be your own troubleshooter. If a computer doesn't stay connected to the Wi-Fi, it could be the actual computer, the Wi-Fi card, or even your internet service and your router. There is no magic fairy that floats down and tells you what is broken. You have to be able to do that yourself or pay someone else to do it.

12) Money is no longer simple. There are people trying to get rid of the dollar in favor of cryptocurrency, which could come with its own set of horrible processes and required devices and security that you need to go through in order to be able to purchase something. You will also need to know where you should put your money that will give you the best shot at building security for yourself. If you don't make the right choices, you will end up broke and no one will care as you die a pitiless death on a sidewalk somewhere.

And all of the above is just the beginning. You may be saying to yourself...why is Mike going to the trouble of listing (and complaining) about all of this stuff? Well, it's because I'm in a job that allows me the privilege of watching people struggle with all of these things. It's exhausting...and on top of that...you are expected to find a partner, create a family, and then work a 40-hour a week (or more) job.  So, I guess, my point is that the amount of freedom we have in the United States is driving many people to exhaustion. There's too much freedom to screw yourself over and over. A given person only has so much brain capacity to meet the challenges of constant choice. Life has become a never-ending treadmill with a saw blade on the end of it waiting to chew up those who can't keep up. And it's only going to get worse with the challenges of climate change, income inequality, housing, and healthcare.

Why did the people who came before me (our ancestors) build a world like this? Anyone got any ideas? There are some days when I feel like the modern world has become hell on earth, made so by the decisions of people who are constantly making things more complicated so that they can make money.

Email ThisBlogThis!Share to TwitterShare to FacebookShare to Pinterest
Labels: We have so much freedom to choose things in the United States that more and more people are failing to launch every single day