There are some terms that writers use to critique each other that I feel aren't useful anymore and should be retired. 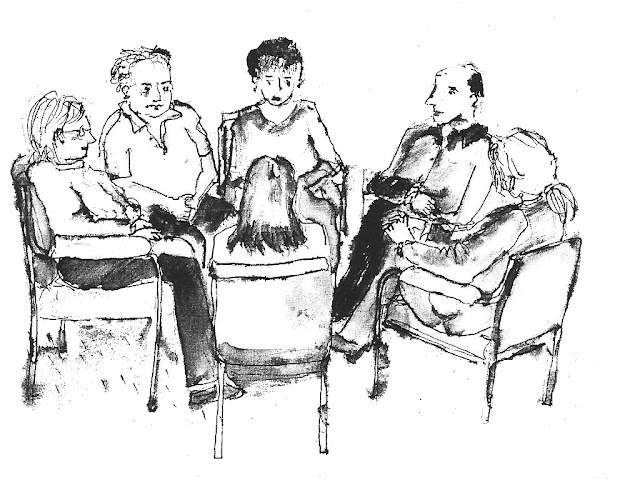 There are certain terms writers use to critique each other which really should be retired. A lot of these things probably had their origins in creative writing classes. "Mary Sue" for example has evolved to become virtually meaningless (and possibly sexist?) due to its definition becoming too broad. I know some people who use the word to describe a protagonist that is too perfect. At the same time, I know people who use the term to describe a protagonist who is constructed in such a way that any person can fit within the "sleeve" of the character. It also tends to be applied to female protagonists who in being extremely capable (because the story is centered around them by structure) come off as being too perfect. But in some stories, that's the whole point: to create a protagonist who is extremely capable at their job. There is (after all) something deeply satisfying about watching and observing people who are good at what they do.

Another term I don't like is "infodump," which is usually used to degrade a section of expository writing, oftentimes used in world-building. The very term "infodump" is a label that condemns all expository writing as "uninteresting" and "boring." Well, I would submit that in my opinion, expository writing can be very entertaining, and in many instances, I love it. If you are a person that doesn't enjoy expository writing, that's perfectly fair. However, I want to make a point that you may also not be the intended audience for the writing project you are critiquing. Chances are, you probably find the whole thing uninteresting and the "infodump" (as it were) is just an easy way to make your disinterest the onus of the writer as opposed to a personal bias on the subject matter. If that's the case, I'd say it isn't fair, because writers are not entertainers. Writers are not circus performers dancing a jig on a stage to alleviate your boredom.

Audiences are supposed to seek out the writer, and not the other way around. If a  writer is pestering a reader with "Please...please...please...read my book," then the writer should be prepared for some bad reviews. There are few people I know who enjoy assigned reading outside of a business venture. That's what we call, "work" and people can be highly critical of "work." So if the infodump is something you hate, you should probably steer clear of genres that tend to infodump, which might be the entirety of speculative fiction. Maybe you'd be better off reading something like Catch and Kill by Ronan Farrow. Just sayin'.

A third-term I don't like is head hopping. "Head hopping" is used to describe what happens in third person omniscient, which was in style up to about the late eighties and early nineties. A lot of books before that time period had writers slipping into character's heads to reveal some thoughts or feelings and then zooming out to describe other things happening. When done skillfully, most people don't even notice it unless "trained to do so by critique groups in writer circles." The shift to extremely limited third person point of view (I think) first arrived in comic books like those penned by Frank Miller and Alan Moore (who banished the bubbles from panels and replaced them with rectangles or who included vast swaths of regularly typed story in-between art panes) and authors like George R.R. Martin, who winnowed down the point of view to such an extreme that each chapter was a point-of-view character who experienced the world in only their particular experience.

Suddenly, any writer who was slipping into and out of heads in the old omniscient style was terrible, and they couldn't write. But that isn't true at all. Just because something is popular and everything has changed to reflect that, doesn't mean that the old way of doing things is bad writing. It just means it's probably not marketable. In other words, people aren't going to buy it. So it's not bad writing, its just not profitable writing. And every single person is going to have differing ideas about how much profit it takes to feel successful.

I guess my point in any of this is that there are a lot of terms that writers use to critique each other that I feel aren't useful. Any thoughts on this dear writers?
Posted by Michael Offutt, Phantom Reader at 12:08 AM

Email ThisBlogThis!Share to TwitterShare to FacebookShare to Pinterest
Labels: There are some terms that writers use to critique each other that I feel aren't useful anymore and should be retired, Writing