The way Republicans view the powers of the President of the United States is way different than the way Democrats view the same office. 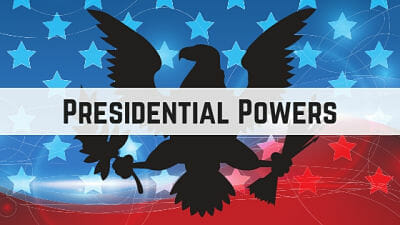 Yesterday, when I heard that the Treasury Department had ordered Donald Trump's name to be printed on all of the stimulus checks that are being issued (due to the Covid 19 health crisis), I laughed. Not because I thought it was actually funny, but because I'd predicted that our president would try to make it seem that all that money was actually coming from him. Additionally, I've had several conversations with people here in Utah as to why I think my party (the Democrats) are completely screwed when it comes to the November election. It's not because of Bernie Sanders getting the nomination. Bernie couldn't have won either, despite being Socialist Jesus. It's also not because Biden is an old "handsy" fart. No, it's because the Republicans are making it rain money (unemployment is kicking in at some $22 per hour), and people are going to remember that fine detail come the ballot box in November. I actually think it's a brilliant strategy, and it's going to pay off huge. If it doesn't, yes I will be shocked (but in a pleasant way). Some of my faith in humanity will be restored, but I honestly don't expect that to happen. My faith in humanity has been just a few drops in the bottom of the barrel for some time now, as everywhere I look I see greed and evil (think of it as the opposite of rose-colored glasses).

Being smug in the validation that I was right, I suddenly was hit by a revelation that answered a question that has plagued me for years. A lot of my conservative friends have always held views that Democrat presidents were "weak," and I never understood it. I was always puzzled because when I looked at how Democrat presidents conducted themselves, they employed the powers of their office up to a designated limit as constrained by the Constitution. I remember thinking, "Obama can't do that," or "Clinton can't do that" when I heard outrageous things said about what a Democrat President "should do" in the case of a situation that was (at the time) happening in the United States.

Now that I see Trump in action, and his insistence just this week that, "The President has all of the authority" I finally understood what has been going on. All of these years, my fellow Republicans around me have believed that the president was basically an all-powerful office that has no limits. My mind is kind of blown by this, because I never got that memo due to my education. It's definitely true that Trump believes this of himself. I for one, never believed it. I felt that the president was always limited in so many ways due to the Constitution and the separation of powers, etc. But now I understand. It's like I've been staring at the color white (on a wall) for a long time, and my neighbors have been saying how black the wall is. We HAVE NOT been on the same page at all. I've just been kind of silently nodding, maybe wondering why they keep calling "white" by the term "black" but just never digging very deep, convincing myself that we were seeing the same thing. But no NO NO...lol...we weren't seeing the same thing. Not at all.

The way that Republicans see the office of the President of the United States is way way WAY different than the way Democrats see the office of the President of the United States. As the saying goes, "One of these things is not like the other...." Anyway, I'm not here to say which one is morally right and which one is morally wrong. I'll leave that for Constitutional scholars to argue, and then it won't matter what is argued if there is no enforcement or consequences. Without consequences and enforcement by people with guts to stand behind their convictions (no matter what), then there is effectively no check on what a person can ultimately get away with in regard to treatment of other people. That's how you end up with authoritarians: the sheep don't stand up to the bully and just pray the evil away (which never works). So, I guess we shall see what happens. Interesting times indeed.

Email ThisBlogThis!Share to TwitterShare to FacebookShare to Pinterest
Labels: politics, The way Republicans view the powers of the United States is way different than the way Democrats view the same office