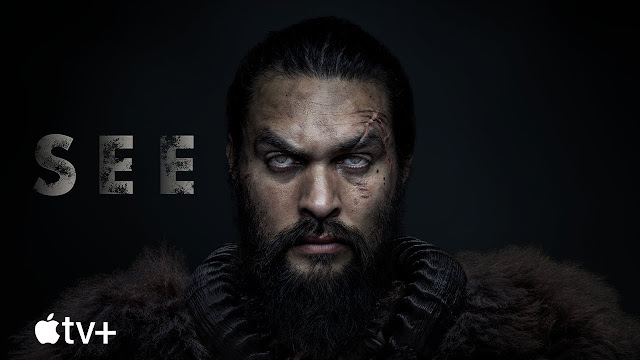 Anyone else watching, "See" with Jason Momoa? The cinematography is gorgeous and there are many visually delightful scenes, which seems at odds with the premise of the story. It kind of reminded me of "Clan of the Cave Bear," only with blind people...which I think is strange now that I think of it. Oh, and no young Daryl Hannah, unless Jason Momoa counts as eye-candy (which he totally does in my book).
Posted by Michael Offutt, Phantom Reader at 12:01 AM

Email ThisBlogThis!Share to TwitterShare to FacebookShare to Pinterest
Labels: Apple TV plus, SEE, When I finally got SEE to stream on the Apple TV plus service it was worth most of the trouble I'd gone to